Fresh fruits and veggies not healthy?

Unfortunately, there are times when we assume we’re eating healthy fruits and vegetables, but instead, they may have some unhealthy characteristics—especially when eaten frequently.

Most of us eat fruits and veggies because they’re good for us. Chances are you wouldn’t eat kale or broccoli as often if you didn’t think it was good for you. What makes fruits and veggies not so healthy may not be what you’re thinking. It doesn’t have to do with them being fried or dipped in ranch dressing. In fact, many “healthy” fruits and vegetables come to us already in a less than desirable state. That’s because some produce is grown in ways that make it less healthful and maybe even harmful.

Uncovering the Secret to Finding Healthy Fruits and Vegetables

It’s important we know the facts about the foods we eat—including seemingly innocent fruits and veggies. Some of what you need to know focuses on how a particular type of fruit or veggie is grown. GMO vs. non-GMO? Conventional produce vs. organic?  Here are the basics.

Sometimes it’s not clear if a cucumber is organic or a peach has been genetically modified. That’s when uncovering a few secrets and learning the codes comes in handy.

Many fruits and veggies have a sticker on them. Many people mistakenly think these stickers are just used to identify the item when you go to the checkout counter.  However, these stickers contain valuable information, including a code.  Each code consists of a series of four or five numbers.

Here’s how to decipher the code:

Another way to find healthy fruits and veggies is to know about pesticide and fungicide tests, and two important lists.

Plus, recent tests by EWG have revealed high levels of a fungicide, Imazalil, in oranges and other citrus fruits. It’s typically applied to citrus after harvesting to prolong the fruit’s shelf life. Research has found Imazalil can disrupt our hormone system and has been classified as a likely carcinogen. EWG reported finding Imazalil on close to 90% of the non-organic citrus samples.

The Dirty Dozen and the Clean Fifteen

The Other 19 Produce Tested

Armed with these lists and the secret to deciphering produce stickers, you’ll know what you’re getting when buying produce. You now have the power to choose. Whenever possible, consider your long-term health and select healthy fruits and vegetables. 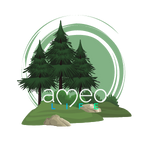 We help people live happier and healthier lives through the written word and through coaching.